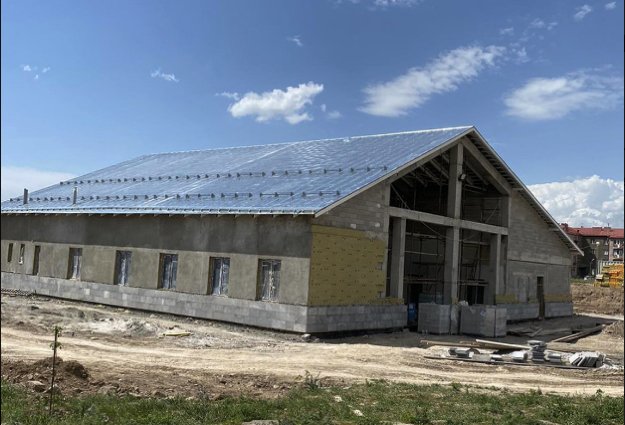 By Christopher Gardner, US Army

Construction is underway on three fire and rescue station projects in the Shirak Province in northwestern Armenia to help increase fire and emergency response capabilities within the small landlocked nation in the Caucacus region.

The humanitarian assistance construction is being managed by the U.S. Army Corps of Engineers, Europe District and funded through the United States European Command, or EUCOM. The work is being done in close coordination with the U.S. Embassy in the Armenian capital of Yerevan.

“Humanitarian assistance projects of this type help to strengthen host nation disaster response and overall essential services capability,“ said Europe District Project Coordinator for the Caucasus Region Nana Kacheishvili, who works in Europe District’s Caucasus Project Office in Tbilisi, Georgia. “This type of program is great example of the close cooperation between Armenia and the United States. Thanks to improved station conditions, the brave firefighters and rescuers will be able to serve the local population better.”

The sites were selected not only due to the important role they play in providing fire, medical and other day-to-day emergency support to the Armenian people, but also because of their roles in larger emergency response activities.

Gyumri and the surrounding area were hit particularly hard by the magnitude-6.8 earthquake that hit the region in 1988. The region remains prone to the impacts of seismic activity with the Gyumri and other nearby firefighters always ready to respond.

“In 1988 Armenia suffered a severe earthquake in the Gyumri area with 25,000 casualties and the region, after 30 years, still hasn’t fully recovered from that disaster,” said Humanitarian Assistance Program Manager Ani Melkumyan, working in the Office of Defense Cooperation in the U.S. Embassy.

In addition to standing ready for large-scale disaster response, the fire and rescue station in Gyumri is considered to be one of the busiest stations in all of Armenia, handling more than 1000 calls a year. Despite that, the existing facility has fallen into disrepair and is in need of replacement.

The new station under construction now will have plenty of space for the firefighters, their equipment and vehicles. The facility will also have storage for search and rescue and other specialized emergency response equipment so it will be readily available whenever needed.

In Gyumri’s nearby suburb of Akhuryan, crews are also renovating an existing fire and rescue station which, in addition to providing critical service to its local community, provides mutual aid to Gyumri for large emergency response actions.

Renovations range from work on the roof, vehicle bays and storage areas to site access and infrastructure improvements.

Further to the northwest, work has also recently begun on construction of a new replacement fire and rescue station in the small Village of Ashotsk. While the community is small, it sits along the primary road in and out of Armenia, which leads to a significant number of emergency calls.

“We only have one main road out of the country, which goes through Ashotsk, and that road gets very overwhelmed with a lot of accidents happening,” Melkumyan said. “And, it’s the coldest area of Armenia. There is severe cold there so in the wintertime there are issues of cars stopping in the snow, they have to rescue people from the snow a lot so this was a big priority for the Armenian government to have a decent fire station there to support all these emergencies.”

So despite the relatively small size of Ashotsk, their fire and rescue personnel handle the highest volume of winter rescue calls of any station in Armenia and provide emergency service to Armenians traveling from many other parts of the country. In addition to replacing the old facility in disrepair, the new facility will be located adjacent to the hospital and major access roads which will help facilitate life-saving emergency care.