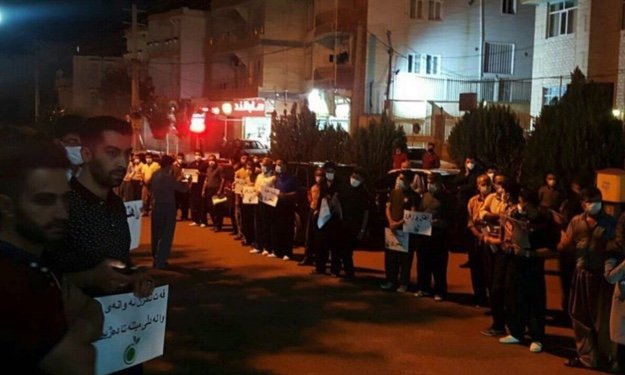 Three environmental activists have died in western Iran while trying to extinguish wildfires in a mountainous area close to the border.

“[The three men] were surrounded by fire and due to heavy winds their lives could not be saved,” Jalil Balayi, the director of the provincial crisis management office in Kermanshah, told the official government news agency IRNA.

Earlier, the head of the country’s Environmental Protection Unit, Jamshid Mohabatkhani, told the semiofficial Mehr news agency that it wasn’t clear whether the three men had died due to fire in the region or land mines left from the 1980-88 war with Iraq.

Reports said hundreds of residents in Paveh city took to the streets on the evening of June 28 to say farewell to the three men.

Iran has been hit by wildfires in recent weeks in the Zagros mountain range that runs along the western side of the country. The provinces of Ilam, Kurdistan, Khuzestan, and Bushehr have been affected as well. Volunteers have been reportedly involved in attempts to extinguish the fires amid criticism that authorities were not doing enough to contain the wildfires.