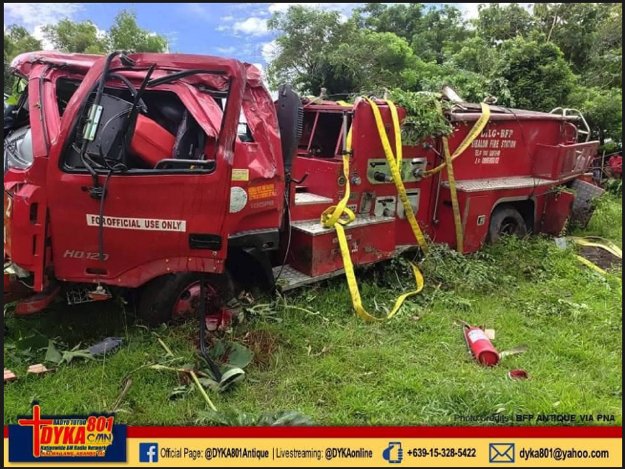 The crew was out for a public education event when the rig’s brakes failed; it is not clear why they failed

Two Firefighters were killed and three others were injured in the Line of Duty when the fire apparatus they were riding figured in an accident in Sibalom, Antique, the Philippines this morning.

The crash occurred along a road shortly after FO Ardaña and the others left the Sibalom Fire Station, around 0920 hours. They were on the way to the Villafont Elementary School to help in a public education program. Ardaña was driving in reverse to park the truck near the school when its brakes suddenly malfunctioned. The fire apparatus eventually went down the descending road section, until it crashed into an electric post and a tree.

The Firefighters were brought to the Ramon Maza Sr. Memorial District Hospital in Sibalom, but Ardaña and Peralta were declared dead. Baldone, Forro, and Lustica are undergoing further treatment at the Angel Salazar Jr. Memorial General Hospital in San Jose.

They have yet to determine what caused the truck’s brakes to malfunction.