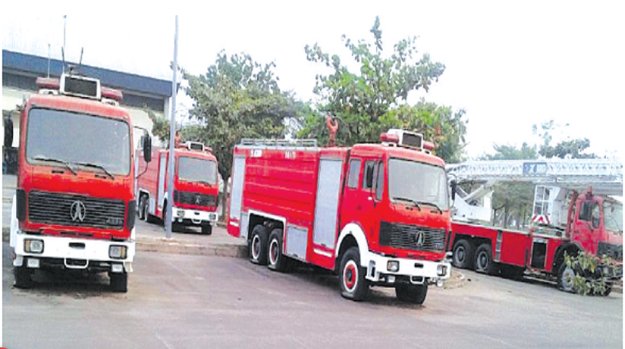 By Andrew Abah, The Nation:

There are no fewer than 10 fire-fighting engine trucks rotting away inside the Abuja National Stadium (Moshood Abiola Stadium). The trucks were purchased in 2003 and moved to the sporting arena during the 9th All Africa Games that held at the Federal Capital Territory.

Packed at the Package B section within the stadium, successive sports administrations in the past 16 years have watched the multi-million naira equipment rot away.

It was gathered that the purchase of the trucks was in fulfillment of one of the safety measures given by the Supreme Council for Sports in Africa (SCSA) for Nigeria to host 2003 edition of the games. It was also gathered that the trucks were purchased from China by the defunct Presidential Tasks Force on Stadium Project.

The trucks were acquired during the tenure of Dr. Amos Adamu as Director-General of the National Sports Commission. Adamu also acted as Chief Executive Officer of the Games, code-named COJA 2003.

Adamu, who was a one-time Executive member of FIFA/CAF, told our correspondent on the telephone that fire engine trucks were part of the stadium project meant to be domiciled at the stadium in case of fire outbreak within the arena.

According to him, the trucks had since been handed over to the Federal Fire Service for management and maintenance.