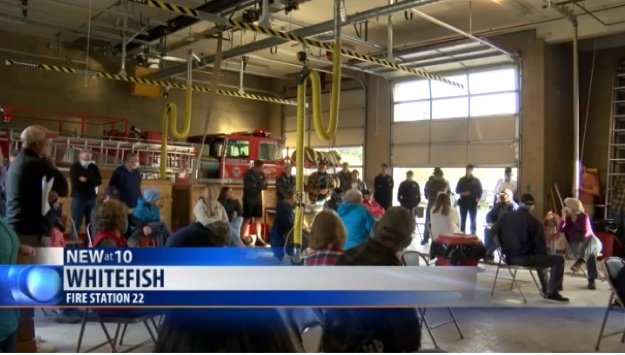 Facing the prospect of a new contract with the city of Whitefish that includes fee increases, the rural Fire Service Area Board is considering cutting ties with the city and establishing a volunteer department of its own.

The board announced it was pondering the departure in a letter to property owners living in the service area that rings the city’s outskirts, which has seen a steady uptick in demands for emergency services through the years. The property value of the Whitefish Fire Service Area (WFSA) is greater than any other fire district in Flathead County, and is surpassed only by the city departments in Kalispell and Whitefish.

In the letter, board members acknowledged that, “operationally, it would be easiest to continue to pay Whitefish for this much-needed service.”

“We are concerned, however, that the 6% per year increase Whitefish has proposed is unreasonable and not reflective of the long-term sustainable partnership this type of utility requires,” the letter states. “We also believe that the other option could permit us greater responsiveness, flexibility, and cost management.”

The board says it could house its equipment, a paid fire chief and between 10 and 15 volunteers at its current fire hall off Whitefish Stage Road, while incurring sufficient savings to purchase a new fire hall west of Whitefish in the next few years.