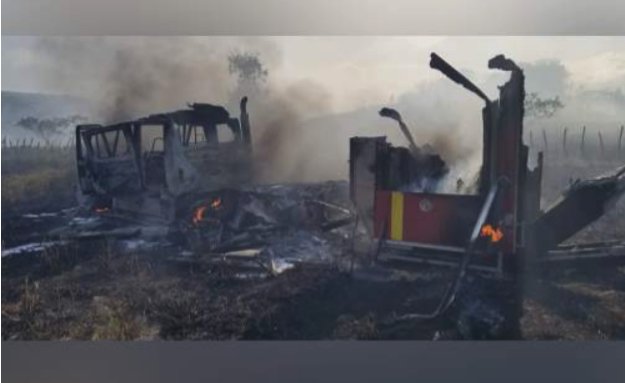 Firefighters escaped uninjured and will receive counseling for mental stress

Traumatized members of the Jamaica Fire Brigade stationed in Falmouth, Trelawny are now receiving counseling following the destruction of their unit by a bush fire that they went to fight yesterday.

Reports are that about 1:21 pm, the brigade received a call that a bush fire was raging on a property in the Georgia area of the parish where a farmer had over 100 heads of cattle.

After exhausting the water during the operation to put out the blaze, the fire fighters were about to reload the unit at a hydrant when the truck failed to move.

The fire, which turned sharply into the direction the fire fighting team, quickly consumed the immobile unit.

The fire fighters were however able to escape physical harm.