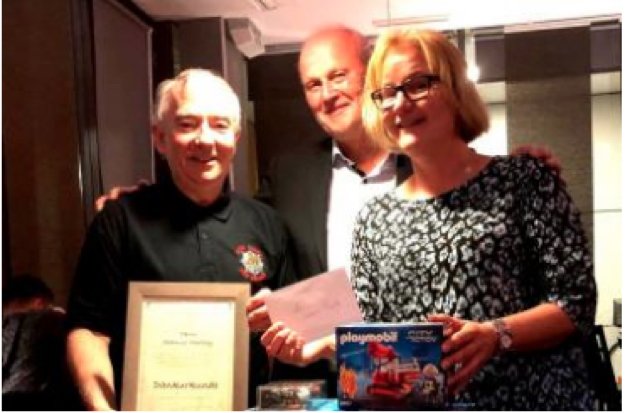 By the Connaught Telegraph:

The Mayor of Höchstadt, Gerald Brehm, gave a reception for him to honour the great service that Seamus has accorded the partnership of Castlebar with Höchstadt through his work in the fire brigade. He was in Höchstadt for a week as a member of the four-man delegation from the County Mayo Fire Service.

The mayor extolled the extraordinary commitment and the personal positive influence that Seamus Murphy has had on the work of the Höchstadt fire fighters during the 20 years of partnership between the two communities. The sustained professional contact between the Irish and German fire brigades has been exemplary.

After 38 years active service, Seamus is on the point of retirement. Höchstadt wished to thank him and honour his dedication to the partnership with a small celebration.

At the formal signing of the partnership between Castlebar and Höchstadt in 2000, Seamus Murphy met Dieter Püttner, his opposite number in the German voluntary fire brigade. Their contact developed into a close friendship and an active liaison between the two fire fighting forces.