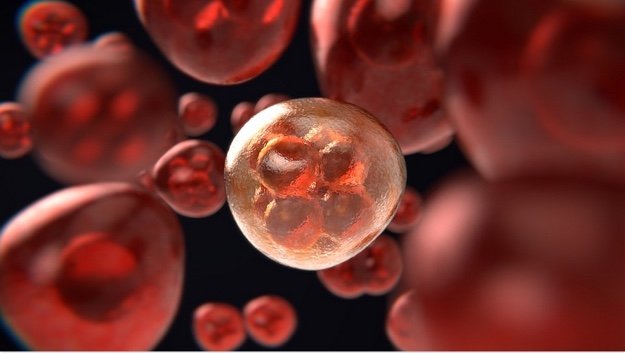 How Firefighters Can Control Their Cancer Risks

Social Science Innovations Corp. hosted the one-day Surviving the Fire Service seminar that looked at the latest research into cardiac, cancer and mental health for firefighters. Here’s a look at the cancer component

There are some immutable truths in the fire service. Things will burn. Those burning things will give off carcinogens. Firefighters will get cancer. And while a foolproof cure for unintended fire and mutating cells may not happen in our life time, there are things firefighters can do every day to interrupt that fire-to-cancer chain.

That was the message from Bryan Frieders (pictured below) when he spoke at the Surviving the Fire Service conference in Kansas City this September. The conference brought together some of the leading researchers in firefighter health and wellness covering cardiovascular health, mental wellbeing and cancer. Frieders is a deputy fire chief with the Pasadena (Calif.) Fire Department and president of the Firefighter Cancer Support Network.

Using SCBA during overhaul is one of those controllable behaviors that firefighters and officers need to own if they are serious about reducing firefighter cancer risks, he said. “I’ll take a back ache over chemo any day.” Even at the garden-variety food-on-stove fires, SCBA use is critical. At temperatures as low as 396 degrees F, Teflon-coated cookware will off-gas as many as 10 toxic gases, four of which are extremely toxic. Here’s a deeper look at the dangers of Teflon. Similarly, a common house fire emits 265 known carcinogens, Frieders says. So, getting an “all clear” from a four-gas detector doesn’t let you know how safe you are from the other 261 dangerous chemicals that are likely present, he says.

Gavin Horn, director of research with the Illinois Fire Service Institute, urged attendees to implement an on-scene gross decontamination program. Based on live burn trials where PPE was tested for carcinogens, the “look test” doesn’t work, Horn says. In the test, they wiped the surfaces of PPE worn by firefighters who had been both inside and outside the fire building. While the interior crew had more contaminants, they found contaminants were present on both and even on clean-looking gear. Carcinogens are not visible like dust from overhaul is, he says.

When it comes to cleaning PPE on scene, Horn says their findings show that about 85% of the contaminants come off when cleaned with a brush, water and soap. That, he says, compares favorably with only 25% contaminant removal when using a dry brush only.

But wearing SCBA during overhaul and washing down PPE on scene, while often not followed, is old news. Anyone who’s been engaged in the fire service for the past few years knows these efforts reduce cancer risks. Likewise, many of us know that the neck is especially vulnerable to toxins crossing the PPE barrier and reaching our skin, where it is absorbed into the blood stream. What is new, Horn says, is just how contaminated firefighter hands and gloves are. In fact, he says, contamination on the hands of the firefighters who participated in the study was twice what was found on their necks.

The good news is that even generic, store-bought wet wipes removed 52% of the contaminants from firefighters’ skin when the study was conducted in 2015. He speculated that current wipes would fare even better.

Another controllable behavior that has a somewhat surprising influence on firefighter cancer rates is alcohol consumption. Sara Jahnke, a firefighter health and wellness researcher with the Center for Fire, Rescue and EMS Health Research and the event organizer said cancer incidents start to increase when people consume 3.5 drinks per day — about the average amount firefighters report having when off duty. Jahnke led a 2013 study looking at alcohol use in the fire service that cited 2011 findings showing 45% of volunteer firefighters admit to binge drinking in the past 30 days — 70% of volunteers consumed some alcohol over that period. She also found that 17.4% of volunteer firefighters smoke tobacco and another 16% use smokeless tobacco — both controllable behaviors and both having direct links to cancer.

As more states pass presumptive cancer laws — that is, a law that says if firefighters contract certain types of cancer it is presumed to be job-related — the focus on firefighter behavior will be that much sharper. And that applies to both on and off the fireground. News outlets are rife with stories about firefighters with cancer being challenged by the municipalities they work for as not being job-related — at times, those benefits are denied. Eliminating bad food, alcohol and tobacco choices will help. Getting, and documenting, annual occupational physicals is also a must for proving a cancer is a result of fighting fire.

Lori Moore-Merrell, president of the International Public Safety Data Institute, urged firefighters to track their on-the-job exposures to harmful chemicals. She pointed to the new National Fire Operations Reporting System and its firefighter exposure tracker app as a way to record dangerous exposures. Firefighters can use the app from their mobile phones to create a career diary of exposures that will sync up with dispatch information from their department.

The app also can track mental health exposures. And as more states adopt laws making mental health problems — like post-traumatic stress disorder — presumptive, more municipalities will aggressively challenge claims made by firefighters. Whether cancer or mental health, presumptive laws do not relieve the firefighter of proving her or his case.

Some truths are inescapable.