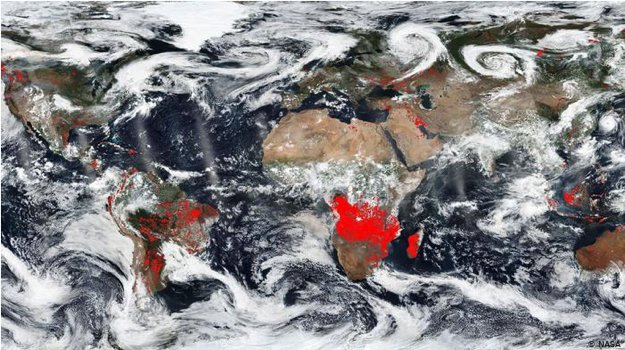 In NASA’s satellite images, the size of the forest fires in central Africa appears alarmingly large. It looks like a red chain, with fires extending from Angola across Congo and Mozambique to Madagascar, similar to the flames in Brazil’s Amazon that have triggered global outcry.

According to several international press reports, Angola and the Democratic Republic of Congo ranked first in terms of the extent of their current wildfires. On 24 August, a NASA satellite was said to have detected 6902 fires in Angola and 3395 in Congo. In Brazil, 2127 fires were detected during the same period. According to this, Brazil ranked only third according to the current number of fires, wrote the US media company Bloomberg. The story was then picked up by other international media.

Indeed, smoke is currently rising from many lower-lying ridges in southern Africa. Flames flicker over the savannah’s sparse grass. In Angola or Mozambique, this is an annual phenomenon in the dry season. But the annual fires are part of this ecosystem and mean renewal. Within a few weeks, the savannah will turn green again, the trees will bud. New bushes will germinate. By the beginning of October, things are already transformed.