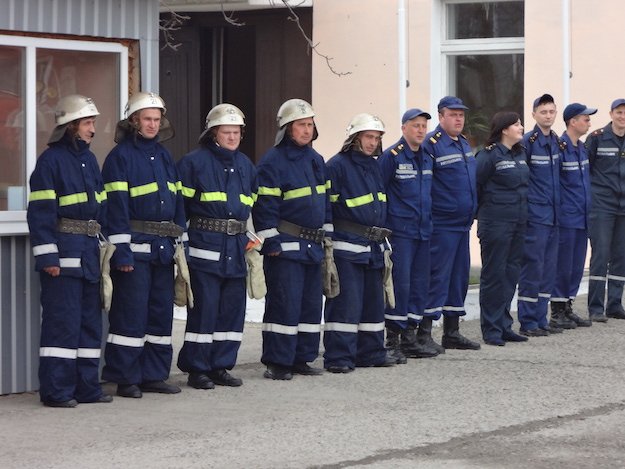 UPDATE: PBS Frontline aired a recent episode looking at the effects of the ongoing war in Ukraine. In it they spend time with both fire and EMS personnel as they cope with the demands of near-constant shelling, low manpower and equipment shortages.

To say war makes providing fire and EMS response difficult is a gross understatement. Who can forget the images of the London Fire Brigade fighting back the flames from the nightly blitz, or the those of the women with no PPE working hoselines at Pearl Harbor? Who can see and ever forget the wrenching documentary on the white-helmeted Syrian volunteer EMTs battling to save lives?

Two key factors play into how well firefighters can respond during times of war: How heavy the fighting and subsequent damage is, and how well prepared the fire service was prior to the onset of war.

The unfolding situation in Ukraine is still too fresh and too fluid to know how extensive the damage will be. Early images and reports show firefighters performing numerous rescues and containing fire after weapons attacks on residential and commercial structures throughout the country.

I had a glimpse into the level of preparedness for a portion of the Ukrainian fire service. In 2018, I made two trips to the southern part of Ukraine as a member of the International Fire Relief Mission team. Ukrainian fire service officials had petitioned IFRM to provide humanitarian aid in the form of donated fire and EMS equipment. The first trip was fact-finding in nature. We needed to assess the fire services’ needs, capabilities and threats, as well as get a feel for how committed the local officials were to improving their fire service. The second trip centered on equipment delivery and training.

It is personally difficult to watch the developments in Ukraine knowing that the firefighters I met and bonded with may be in great danger. I worry for the safety of those firefighters and their families. So far, we know of at least one firefighter who has died in the line of duty since the invasion began. The State Emergency Services of Ukraine (SES) wrote this on its official Facebook page. Their English is, understandably and excusably, a bit rough in places, but the message is clear.

“It hurts us to receive such messages and it is very difficult to write about. However, before Sumy defenders accepted the battle, early in the morning our fire and rescue fraternity had already lost one fighter. As rescuers from all over the country headed to their units at a “collecting-accident” signal, the enemy attack claimed the life of the commander of the 34th State Fire and Rescue Post. Esman of Sumy region. At first he was lost contact and then he was found killed near his own car on the way to the unit. Two children are left without a father. We are deeply saddened by the loss of a colleague and our thoughts are with his family today.”

Personal concerns aside, here are some of the things I learned first-hand about the fire service in Ukraine.

During my first trip, we met with federal, regional and local officials in Kyiv. The infrastructure there was old and in need of repair; things like poor road conditions and old buildings are sure to hamper firefighting efforts when shelling is added to the mix. The officials were eager for equipment aid and seemingly open to more subsequent fire service investment on their part.

From there we moved to the southern end of the country near Odessa and Crimea. We toured fire stations in outlying rural areas, suburban neighborhoods and small municipalities. Not surprising, the firefighters we met were welcoming, generous, eager to learn, and eager to show what they had and what they could do. They are, after all, firefighters. No matter how far you travel, firefighters are firefighters. 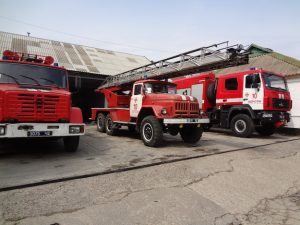 The eagerness to show us their capabilities was the most interesting. Interesting, because everyone knew our initial visit was to assess their need for a potential large equipment donation. Logically, you’d expect them to put their worst foot forward to bolster their case for needed help. And there was some of that. We saw some pretty old equipment that may not have been front line stock. But we also saw the pride they took in what they had — much of it short in quantity and quality. 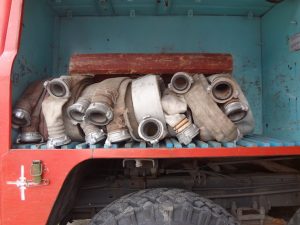 Most of the fire apparatus we saw was badly outdated and often dilapidated. We saw a spotty collection of hand tools, worn hose and old appliances, and turnout gear and SCBA that offered little by way of protection from modern fire. The equipment was well maintained and well cared for; again, they took pride in what they had. The equipment was a collection of hand-me-downs, leftovers and near-new purchases. Most stations we visited had a collage of equipment from different eras with a wide range of service life left. 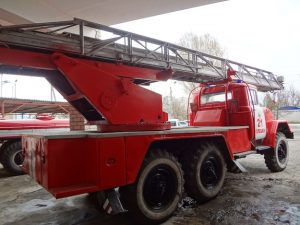 The firehouses range from large garages in the rural areas where firefighters respond from home to mixed-use facilities in the suburban and urban areas. The mixed-use facilities often have living quarters, dispatch operations and training rooms. They can also be attached to private multi-family residential units — with the fire department occupying the lower two or three floors and residential units above. Again, while well-maintained, the living areas for firefighters is far below what would be accepted in North America. 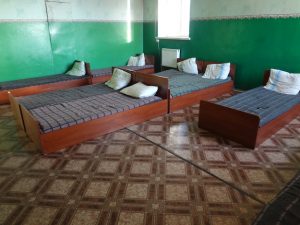 There were recent reports on the SES Facebook page that fire departments in Poland were sending firefighting equipment across the border to aid Ukrainian firefighters. This is turning into a large-scale coordinated collection and distribution effort, rather than a few one-off donations. Prior to this war, Poland often sent firefighting experts to train Ukrainian firefighters. So, this equipment donation is not surprising.

The running theme regarding firefighting equipment and facilities as I saw it was despite best maintenance efforts, the needs greatly outpace funding. In the areas I visited, firefighters were under-equipped to meet the needs of routine calls for service. This invasion will further tax that deficiency.

Under normal circumstances, Ukrainian firefighters are tasked with performing many of the same functions as firefighters in North America and the rest of the developed world. Firefighting, rescue, EMS and fire prevention are top of the list. The firefighters appeared well-trained in these areas. Wildland fires are a huge concern in the southern region I visited, as their dune land forests are prone to burn. And wildland fire equipment and training are lagging. This, too, could prove to be a significant challenge if fighting in the area continues into the warmer, fire season months.

During one fire station visit, the crews assembled outside, displaying their apparatus and tools for their specific tasks. Two firefighters stood near an old Jeep-like vehicle with plastic helmets, flak jackets and an old canvas and poles field stretcher. Through our interpreter, I learned that this crews’ job was to recover unexploded ordinance from either the ongoing military skirmishes or leftovers from World War II.

Let that sink in for a minute. Part of the firefighters’ job is essentially bomb removal. Sadly, that training will serve them well in the coming months.

Presently, the Ukrainian firefighters are coping with what you would expect. The fire service’s official Facebook page (SES took down its Web site over hacking fears) has a running update on firefighters rescuing victims and dosing flames at buildings hit by shells. The page also shows firefighters detaining suspected spies and isolating unexploded shells and other devices.

Firefighters are also being tasked with assisting groups that are providing emergency food and shelter to those displaced or evacuated. Retired firefighters are getting back on rigs and the fire service communications office is issuing public safety updates and messages.

The Ukrainian fire service is an all-hazards response agency. Since February 24 the number and nature of those hazards has greatly increased. Already hamstrung for resources, they are in the throes of a huge battle to limit this war’s devastation.