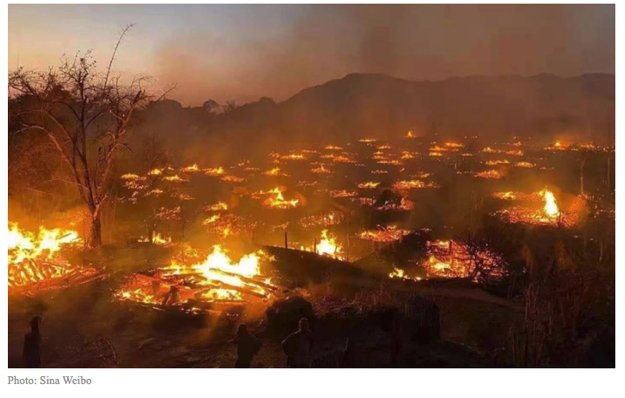 More than 100 straw huts were destroyed; a cause and origin investigation is under way

A raging fire which engulfed Wengding village – a national 4A tourism resort, late Sunday, in southwestern China’s Yunnan Province has been bought under control as of 11:15 pm. Out of 105 straw huts of the village inhabited by the Wa ethnic minority, only four remain intact.

Villagers told the paper that the characteristic straw huts have all but been destroyed.

The Yunnan provincial government urged the cause of the fire to be identified as soon as possible, and that responsible parties would be held accountable, the paper reported on Monday.

There were no fatalities yet, according to media reports.

In December 2020, the county held a winter and spring fire prevention and control meeting and conducted firefighting emergency drills in the village.