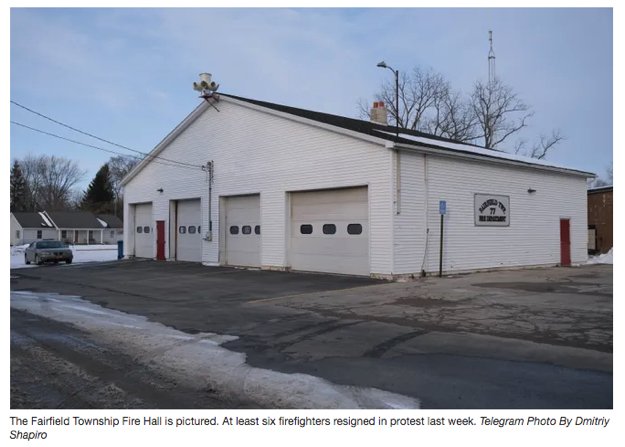 A disagreement between members of the Fairfield Township Fire Department, the new township supervisor and some members of the township board this week has led to a mass resignation of firefighters.

At least 6 firefighters, including the chief, have resigned.

Related: What to say When the Entire Fire Department Resigns

To answer questions swirling in the community, a special online board meeting was held Saturday morning to discuss the changes to how emergency calls in the township will be handled.

Fairfield Township Supervisor Chris McCallister, who was appointed at a special meeting Feb. 1 to fill the seat left vacant by the death of former Supervisor Larry Keck, told the approximately 34 attendees that the fire department is still intact and the residents are fully covered.

Asked by meeting attendees why some firefighters resigned, McCallister said he would have to check with human resources and that more information could be available at the board’s next regular meeting March 8.