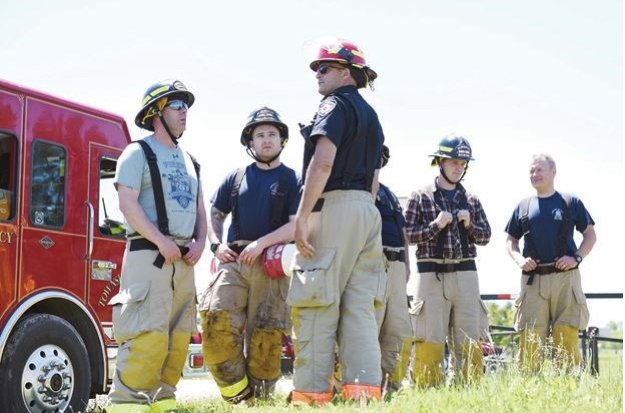 Mayor of the Toronto suburb says there has not been enough growth to add more full-time firefighters; the department has 4 full-timers and 61 part-time volunteers

The union representing Scugog’s full-time firefighters is calling on the township to bolster its ranks, pointing to three recent structure fires as evidence that an investment is needed in the public’s safety.

The Scugog Professional Fire Fighters Association currently has four full-time members and says that by expanding its membership the township will be able to provide a guaranteed level of response alongside the 61 volunteer firefighters who also serve the community.

“We’re firefighters and we want to save everything and everyone we can, but it’s becoming harder and harder,” said Clint Walker, one of Scugog’s full-time firefighters and president of the local union. “We can do better.”

He said the recent string of house fires — three blazes in less than two weeks, including one fire where a propane tank exploded — should be “a wake-up call” that the township needs to add to its full-time complement in order to ensure a quick response time to calls.

A master fire plan presented to councillors for almost 20 years recommended the township hire 10 full-time firefighters to staff its two stations — the main administrative fire hall in Port Perry and a second station in Caesarea. Since then, Scugog hired a full-time chief fire prevention officer in 2003, two full-time firefighters in 2005 and a third full-timer in 2007. The township commissioned another fire plan in 2017 and is now following recommendations from that document.