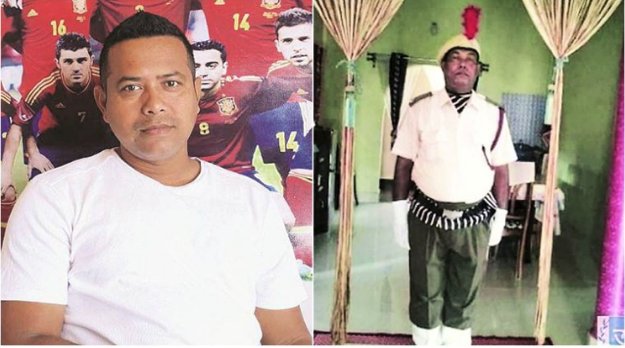 One of the industrial firefighters killed loved soccer, the other was near retirement

One loved his football, and the other was set to retire after almost three decades of service. On Tuesday, firefighters Durlov Gogoi (35) and Tikheswar Gohain (55) lost their lives fighting a fire caused by a natural gas leak in a well owned by Oil India Limited (OIL) in Upper Assam.

Chief Minister Sarbananda Sonowal has extended his condolences. In a release, the Chief Minister said the two had made a “supreme sacrifice for the greater interest of the society”. He also directed that their last rites will be performed with state honours. A sum of Rs 1 crore and Rs 60 lakhs have been announced to the families of Tikheshwar and Durlav respectively — the sums based on their years of service at Oil India. The families would also receive pension and other financial benefits, and one eligible member from each family would be given a job in OIL.

Both Durlov and Tikheswar were Assistant Operators of OIL’s Fire Services department. “It is beyond my imagination that this happened…we gave it our all through these 14 days,” said R K Singh, General Manager of Fire Services at OIL. “We were there day and night, spraying water to contain the blowout.”