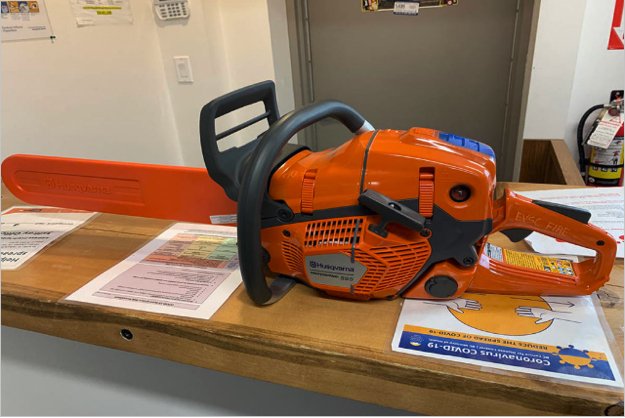 Chainsaws, drills, and other tools were taken from a trailer left to supply firefighters during wildland fires

The Regional District of East Kootenay is asking for help from the public after several items were stolen from the South Country Fire Department’s Type 2 Structural Protection Units (SPUs).

The theft took place on the afternoon of Wednesday, May 19th, according to a press release from the RDEK. There is currently an investigation taking place with local RCMP. All of the stolen items are engraved with the letters EVSC and some have blue paint on them.

Some of the items that were stolen include a Husqvarna Chainsaw, rechargeable Dewalt impact driver and drill, two toolboxes full of tools, two 20L gas cans as well as industrial bolt cutters.

“These SPUs protect people’s homes in the event of a wildfire,” said Elk Valley and South Country Rural Fire and Rescue Services Chief Dave Boreen. “Not only have thieves stolen from a volunteer fire department, they’ve taken tools that could affect our ability to protect people’s properties in an emergency. It’s unfathomable.”

The SPUs are trailers equipped with specialized sprinklers, hoses and other equipment that allow trained structure protection specialists from the fire departments to set up sprinklers on and around structures in order to help reduce the potential for damage during a wildlfire, explained the RDEK.