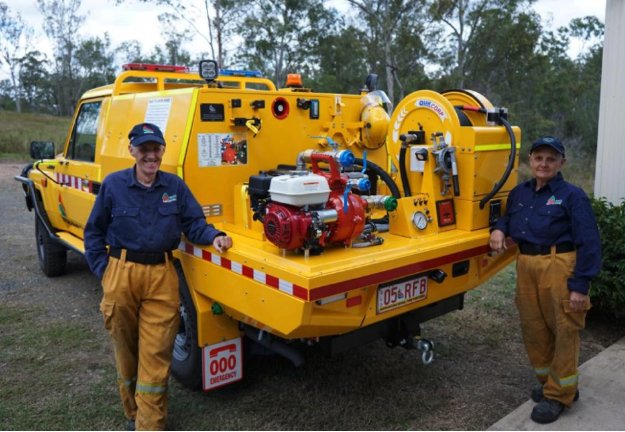 Built on a Toyota Land Cruiser chassis, they have a V8 diesel, can carry two firefighters and 550 liters of water

The Bundaberg Region will be home to a RFBAQ LandCruiser Light Attack Prototype for the next three weeks as the new fire fighting vehicle tours the North Coast Region.

Rural Fire Brigades Association Queensland Inc is using fundraised and donated money to increase the capability on the fire ground with the fit-for-task, light attack, volunteer-designed vehicles that are built on Landcruiser chassis.

There are currently six new RFBAQ LandCruiser Light Attack Prototypes built and they have been fully funded by the Sunshine Coast Broadcasting Trust, and now fundraising for a seventh vehicle is current underway.

Rural Fire Brigades Association Queensland Bundaberg Area Representative Dave Morton said the new light attack vehicles would be beneficial to local brigades that did not currently have a truck, and he said they were specifically designed for use in remote locations.

He said the safety of fire fighters was the number one priority when it came to designing and building the prototype, and it had many new features the older light attack vehicles didn’t have.