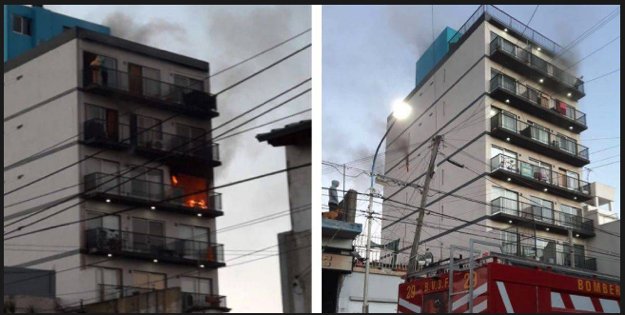 It was reported the firefighters became trapped

Tragic news from South America where three firefighters were killed in the line of duty this morning at a multi-family dwelling fire. The fire occurred in Caseros, a town in Argentina’s Buenos Aires Province.

The fire destroyed an apartment on the fifth floor of a new complex located in Marco Polo and San Martín. After a few minutes, videos that neighbors and witnesses recorded circulated on the networks. There are linked the videos below. It is has been reported that the members became trapped.