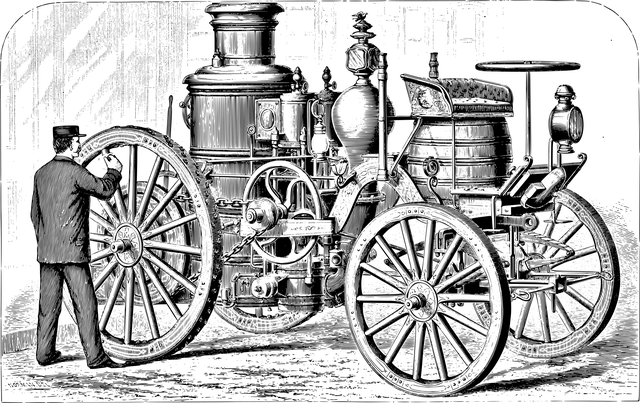 In addition to keeping good volunteers off the department, age limitations may violate federal law

I participate in several fire service-related groups on Facebook whose target audiences are women in the fire service. One, Female Firefighters & Male Champions of Change, even let me join because of my previous advocacy for women firefighters in this space and others where my writings have appeared.

The other day, one of the group’s members posted the following (Most names have been changed to protect the person’s anonymity).

“Hey all, needing advice. I’ve been a volunteer firefighter for the last few years, only having gone through training at my small department. I’m turning 34 on Monday and wondering if I’m too old to go back to school and get a degree and to be able to move my way up? Please be honest, but kind.”

Stephanie’s post received several informative and supportive comments. Here are some of those comments.

“You’re never too old, I graduated from my Masters [program] at 44 years young. I’ve also moved from Volunteer to Staff in the last 4 years, and not long become an Inspector and for the last 4 months I’ve been working at a Superintendent’s level. Never say never! PS I’m 47 next month.” — Giselle, firefighter.

“I’m 34 almost 35, just joined about a year ago. Never too late. Currently going through Firefighter II and officer, as well as finishing my teacherate [sic].” Renee, volunteer firefighter.

“I’m 35 and I’m currently working on a career change. I finished my degree May 2020. There is zero reason you shouldn’t be okay! Plus, a lot of people are working on degrees to go from LT to Capt. See if you can get your management certificate soon, too, as a ‘leg up.'” Graelyn, firefighter.

“Do you plan to stay within your department? I guess my only concern if you were hoping to move departments is that some departments like mine have age limits. You aren’t even allowed in the hiring process after age 34! But otherwise, have at it! I switched from teacher/librarian to firefighter at age 31.” Monique, firefighter.

I posted a comment of my own to Monique. “How does your department legally defend such an age requirement? That’s age discrimination and it’s prohibited by federal law. My former department in Virginia has hired a 53-year-old and two 50-year-olds in the past, and all three were good firefighters.”

She replied, “Many states have upper age limit restrictions. Somehow firefighting can get around age discrimination due to safety. With our pension system you must work 25 years so if you don’t start until 45 or 50, you’re probably not going to be able to make it 25 years with the physical requirements of the job.”

Raelyn, a fire officer, also replied to my comment. “There are many, many states and jurisdictions that have max age requirements. FDNY did when I tested 15 years ago, and I think it was 27. It was mid/late 20s, which is YOUNG! Kentucky does [have a max age requirement] as does the state of Indiana. I do know people who have challenged it and won, but it didn’t change the age rule, just their individual circumstance. It’s a shame because there are so many wonderful veterans who have been unable to get hired after finishing military careers.”

And thus, the title I chose for this article. I’m constantly hearing and reading about fire departments—career and volunteer alike—that are finding it difficult to attract new employees or volunteers. So, why would any fire department further limit its potential pool of new firefighters using age discrimination? Because that’s what they’re doing.

U.S. Supreme Court Rules That All States and Political Subdivisions Must Comply with the Age Discrimination in Employment Act

The last time I looked, Kentucky and Indiana were still U.S. states. In Mount Lemmon Fire District v. Guido, No. 17–587, 2018 WL 5794639 (Nov. 6, 2018), the U.S. Supreme Court ruled that all states and their political subdivisions—regardless of their size—must comply with the Age Discrimination in Employment Act (ADEA), the federal law that prohibits employers from discriminating against certain individuals based on age. (Tucker Arensberg Attorneys, 2018)

The Court ruled that states and their political subdivisions (e.g., counties, cities, townships, and boroughs) must ensure that they understand their obligations under the ADEA. Among other things, they must refrain from terminating or refusing to hire individuals based on age or discriminating based on age in other ways against employees regarding their compensation, terms, conditions, or privileges of employment. Otherwise, states and their political subdivisions may have a federal lawsuit on their hands. (Tucker Arensberg Attorneys, 2018)

So, I go back to what I thought was a very profound sentence in Raelyn’s comment above, “It’s a shame [that fire departments choose to ignore ADEA] because there are so many wonderful veterans who have been unable to get hired after finishing military careers.”