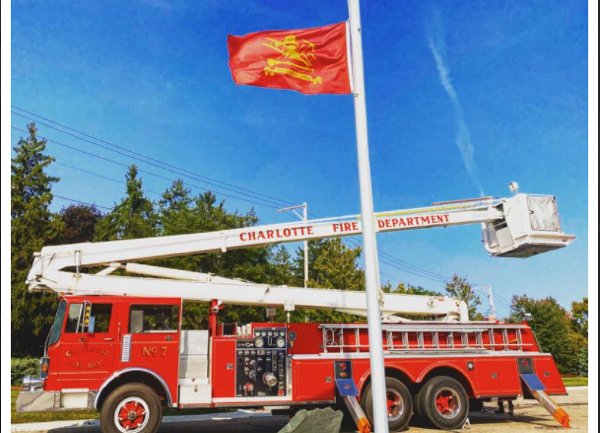 One day later, Fire Chief Robert Vogel said he will resign his position in two weeks.

The department will also rely on mutual-aid partners to cover calls.

There’s video of the firefighters dropping their helmets and bunker coats at the council meeting here.

One volunteer firefighter who spoke at the meeting said the resignations came about because the council and administration leveled inflammatory comments at the volunteers, discredited department work and pushed out a newly appointed fire chief, WILX reported.

“Let us be very clear — not a single one of you has been in charge of an emergency event such as a structure fire, a car accident or even a medical emergency. Not a single one of you is qualified to make a determination on what resources are needed at these events,” said Volunteer Firefighter Ron Smith. “There should be no questions from any of you about how many trucks are dispatched or how many people it takes to save a life.”

Also Read: What to say When the Entire Fire Department Resigns

“I believe the city council has been really supportive of him and, for what he has tried to do with leadership of that department, I believe that the city manager has been very supportive of our fire chief and the fire chief reports to the city manager,” Armitage said. “I don’t think it is fair to say city council can never question things when it comes to the budget or operation of any department of the city, which the fire department is.”

Smith said the firefighters are not looking for extra pay or benefits, just better coordination between the department and the city. He said he and his team are waiting to see how the city responds, WLNS reported.

“We still want to service the community in the same capacity that we always have. Our desire is to be out there, helping and saving. But the current mayor and president of the rural fire board have made it unbearable to be part of anymore,” he said.

In 2021, the department ran 1,056 calls. In addition to Charlotte, the department is contracted to provide fire protection for five neighboring townships that formed a rural fire association.