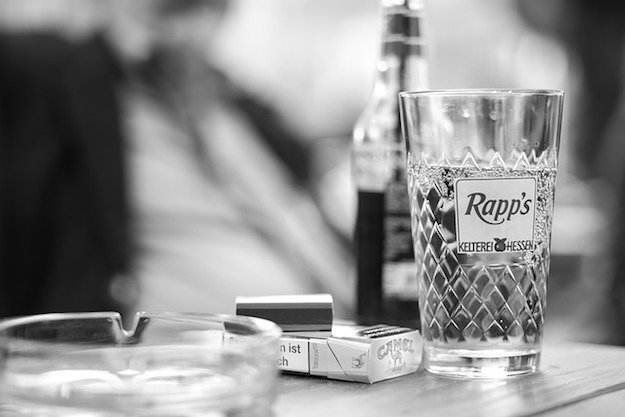 9 Rules to Being a Better Volunteer Firefighter — Part 2

Being a better firefighter starts with being your best from a health and wellness standpoint; here are the second three rules that will get you there

There’s more than a grain of truth in the cliché that you can’t help others until you can help yourself. And in firefighting, that can seem a lot easier to do when you are part of a career department versus volunteer or paid on-call departments.

We simply don’t always have the same level of resources at our disposal as do our career sisters and brothers. Fancy workout rooms, employee assistance programs and the like are rarely found in the volunteer firehouse. Yet, we face the same health and wellness issues — we just have to find ways to cope with less direct assistance.

Dr. Sara Jahnke recently laid out her top nine things to do to improve your overall health and wellness — and ultimately your ability to be a good firefighter. Jahnke is director of the National Development and Research Institute’s Center for Fire, Rescue, and EMS Health Research. She presented her top nine at the “What’s Killing Us” one-day seminar on firefighter health and wellness hosted by the Loveland Symmes (Ohio) Firefighters Department. 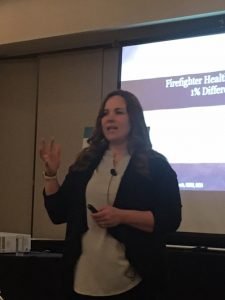 The beautiful thing about Jahnke’s list is they don’t require big budgets or fire chief approval. They can all be done with little more than good planning and good discipline — and those actions, once made into habit, can have a positive influence on other firefighters. So, here are the second three of her top nine. Part 3 will detail the remaining three steps to wellness, and you can go back to read Part 1 here.

Eat the things you recognize. For decades we’ve been warned about the dangers of highly processed food that often contain ingredients few can pronounce, let alone define. Study after study links diets heavy in processed foods with elevated risk of cancer, cardiovascular disease, diabetes and dementia. It has been linked to greater likelihood of obesity, which is itself a contributor to the previous list of deadly, chronic illnesses.

But not all processed foods are created equal. Most food gets some form of processing. In 2009, the NOVA scale was introduced. It broke down processing into four stages based on the degree of processing that takes place. Ultra-processed, involves the most processing and poses the greatest health threat. These typically contain a disproportionately high ratio of calories to nutrients. The least processed foods, like olive oil, typically offer more nutrients per calorie.

In a 2018 paper published in the American Journal of Lifestyle Medicine, Dr. Joel Furhman said that only 5% of the U.S. population is at a proper weight due to healthy eating and lifestyle choices. He recommends people focus on nutrient-dense, plant-based foods and avoid animal products, white carbohydrates and sugars.

In the fire service, diet’s link to obesity goes beyond looking ripped in the Class A uniform. As mentioned, it contributes to chronic illness that are especially prevalent among firefighters. Jahnke and a team of researchers also found a striking connection between firefighter obesity and firefighter injury.

Here, volunteers probably have it easier than do career firefighters. We only have to alter how we eat at home, during work hours or when dining out. Career firefighters must navigate the added pressure of how to eat during shift when the food wants of the other firefighters need to be taken into account.

In short, food is fuel for the body and brain. The fuel you provide your body is directly proportional to the performance and longevity you can expect to get in return.

Move more and better. Medical science understands that physical fitness is one of the main components to a long life. Firefighters, career and volunteer, know physical ability is essential to the job. Fighting fire is hard, demanding work.

Maintaining and building strength and endurance becomes more difficult as we age. Not all workout plans deliver the same results. And not all forms of exercise will put you in the best shape to perform the job and avoid injury. For example, plodding along at a 15-minute mile on a treadmill 30 minutes a day five days a week will do little when it is time to pull ceiling or breach walls.

In 2015, Jahnke was the lead researcher on a project that looked at the effects of high-intensity training on career firefighter. That study found that firefighters who engaged in HIT were less likely to be obese and more likely to meet fitness standards than were firefighters using other forms of fitness training.

Like diet, volunteers need to take charge of their own fitness and exercise programs. There won’t be time set aside during the shift day for working out, or a peer-fitness group to drive you to hit the gym. Volunteers need more fitness discipline. And with structure fires being far less frequent — many volunteer departments annual call volume is less than a couple of weeks at a busy career house — volunteers can easily fall into a lethargic attitude toward being physically ready for the call.

When you only run 75 to 100 calls per year, and 10 of those are working fire, volunteers need to be ready for those 10 like their lives depend on it — because it does.

Control alcohol use. Yes, this reads like a “no duh” statement. Like tobacco, alcohol use is one of the most reliable indicators of eventual poor health and early death. Like tobacco, it’s a behavior we choose. It is better to have never started using in the first place, but stopping its use will have restorative effects on our health and wellness — to say nothing of making us happier.

It seems we never have to wait too long for the next headline about a volunteer firefighter getting into some mess that involves alcohol. And for every volunteer who landed on the front page, there were several who, if it weren’t for remarkable luck, would have been there too.

The headlines are good at capturing the criminal and injurious aspects of our drinking gone bad. But they rarely hit on the chronic health problems that our drinking gives rise to.

Jahnke and her team compiled a small book using scientific research on alcohol’s relationship to chronic illnesses prevalent in the fire service and a stark look at how much firefighters drink. In short, we have a problem. They found that firefighters, as a profession, have a higher rate of heavy or binge drinking than any other occupation. They also found that alcohol is a prominent part of the fire service culture.

The good news is that volunteers don’t drink as much or as often as do our career counterparts. But, having a smaller problem isn’t the same as having no problem — and we have work to do.

There are some proven techniques to mastering alcohol so that you can enjoy it rather than it ruining you. Those with severe drinking problems may require professional medical help. That help can be a behavioral talk-type therapy, medications or a combination of both approaches.

For those who need to keep drinking from getting to that level, there are ways to change your relationship to alcohol. Set drinking limits before you start drinking. Men should not exceed 14 drinks per week; women should keep it below seven. Set aside alcohol-free days. Be careful not to allow yourself to binge. Ten drinks in one night because you’ve gone all week without any alcohol is far worse than is 10 drinks over a five-day period.

Write out the reason you want to limit your drinking on an index card. It may be to improve your marriage, to be a better parent, to improve personal health or to think clearer. Pick the most important, jot it down and carry that card with you. If you find yourself at a social event where the drinking could get out of hand, take the card out and read it. It is important to remain focused on what is most important in your life.

Also, rehearse in your mind what you will tell others who try to pressure you into drinking more. Even as adults, peer pressure is tough to resist. Successfully deflecting peer pressure can set an example for those who want to slow their drinking, but are unsure how to challenge the peer pressure. Exhibiting restraint has as much influential power as does exhibiting recklessness.

With volunteers likely to socialize together, the positive and negative influences are only amplified. Whether it is diet, tobacco or alcohol, you can change both your long-term health and that of your sister and brother volunteer firefighters by the choices you make.